Timothy Venning is a specialist in the English- British Civil Wars and in the history and biography of the 17th century. He has a particular interest in the history of Parliament and also Irish history. He is an established author and has contributed to New Dictionary of National Biography. 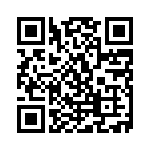