If you're interested in the causes of global poverty and want to know more about the issues effecting them, this book is a must read. To summarize, barely anyone knows that THE most significant issue ... قراءة التقييم بأكمله

The first parts of this book are very harrowing and not easy to read as they present truths of those living in extreme poverty and violence and their quest for justice in a world that doesn't seem to ... قراءة التقييم بأكمله

Gary A. Haugen is founder and president of International Justice Mission, a global human rights agency that protects the poor from violence. The largest organization of its kind, IJM has partnered with law enforcement to rescue thousands of victims of violence. Haugen was Director of the U.N. investigation in the aftermath of the Rwandan genocide, and has been recognized by the U.S. State Department as a Trafficking in Persons "Hero" -- the U.S. government's highest honor for anti-slavery leadership. Victor Boutros is a federal prosecutor who investigates and tries nationally significant cases of police misconduct, hate crimes, and international human trafficking around the country on behalf of the U.S. Department of Justice. He is also a member of the Justice Department's Human Trafficking Prosecution Unit, which consolidates the expertise of some of nation's top human trafficking prosecutors and enhances the federal government's ability to identify and prosecute large human trafficking networks. 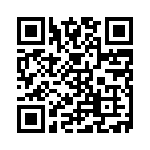