Associate professor of theology at Saint John's School of Theology and Seminary, Collegeville, Minnesota. He served on the editorial committee for the revision of the Old Testament of the New American Bible. 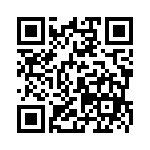