David Oliviere trained at Nottingham University in social administration and social work. With a background in psychiatric social work and management in the personal social services, David was involved with Pilgrim's Hospice, Canterbury, before joining the North London Hospice as Director of Social Work. Subsequently David worked as Community Care Advisor for ethnic minorities and refugees, LB Enfield, and more recently as Macmillan Principal Lecturer in Palliative Care at Middlesex University, whilst practising at the Macmillan Support Team at Barnet Hospital.
David has spoken widely internationally. His special interests include user involvement, culture and ethnicity, work with families, staff stress and teaching skills. He is Visiting Professor at the School of Health and Social Sciences, Middlesex University.

Barbara Monroe has been a social worker for over 30 years. She joined St Christopher's Hospice in 1987 and became Chief Executive in 2000. She is founder and Director of the Candle children's bereavement project at St Christopher's and was Chair of the national Childhood Bereavement Network for eight years. She is Module Leader on the MSc in Palliative Care and Policy run jointly by St Christopher's and King's College London. Barbara is a well-known speaker and lecturer and has delivered training programmes across the world. She has written extensively about psychological and social aspects of palliative care and sits on a variety of national committees supporting the development of end of life care. Barbara is an Honorary Professor at the International Observatory on End of Life Care at Lancaster University and has a long term interest in how we achieve 'good enough' end of life care for all. She was appointed Dame Commander of the Order of the British Empire in the Queen's Birthday Honours List 2010.

Sheila Payne is a health psychologist with a background in nursing. She holds honorary visiting chairs at Monash University, Melbourne, Australia and Trinity College, Dublin, Ireland. Professor Payne has a long track record in palliative care research and scholarship. Her research agenda focuses on palliative and end-of-life care for older people and bereavement support. She holds a number of major grants in these areas and has supervised over 20 PhD students. She teaches on research methods and has co-edited a textbook on research methods in palliative care. She is Director of the NCRI funded Cancer Experiences Collaborative. She is Vice President of the European Association of Palliative Care and president elect from 2011. Sheila has published widely in academic and professional journals, written eleven books, and formerly edited (with Sandra Horn) the 'Health Psychology' book series published by the Open University Press. 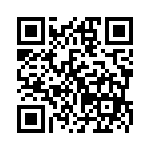