Robert I. Rotberg is Director of the Kennedy School of Government's Program on Intrastate Conflict and President of the World Peace Foundation. He is the author of Ending Autocracy, Enabling Democracy: The Tribulations of Southern Africa and other books, and the editor of State Failure and State Weakness in a Time of Terror, Truth v. Justice: The Morality of Truth Commissions (Princeton), and others. 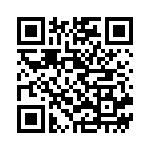