Gosta W. Ahlstrom, a native of Sweden at the time of his retirement in 1988, held a joint appointment at the University of Chicago Divinity School and at the Department of Near Eastern Languages and Civilizations. Among his other recent books are Royal Administration and National Religion in Ancient Palestine and Who Were the Israelites?. He died in 1992. 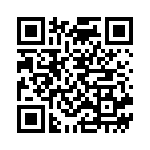