This is a fascinating look at the South leading up to and during the Civil War, showing it to be a rich man's war and a poor man's fight. I was unaware of the deep divisions within the South and this ... Þ—«¡… «· ÞÌÌ„ »√þ„·Â

David Williams is the author of A People's History of the Civil War, Plain Folk in a Rich Man's War, Johnny Reb's War, and Rich Man's War. A native of Miller County, Georgia, he holds a PhD in history from Auburn University. He is a professor of history at Valdosta State University in Valdosta, Georgia, where for the past twenty years he has taught courses in Georgia history, the Old South, and the Civil War era. 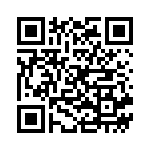