Mary Louise McAllister is Associate Professor in the Department of Environment and Resource Studies, University of Waterloo. 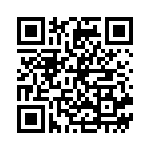