«Š’›Õ… 82
In this decision , the court condemned the United States for its support for the contras and illegal economic warfare and ordered it to desist from its violations of international law and valid treaties and to pay reparations .
«Š’›Õ… 218
In recent years , the United States has been far in the lead in vetoing Security Council resolutions . From 1967 through 1981 , the United States vetoed seven resolutions condemning Israeli prac- tices in southern Lebanon , affirming ...
«Š’›Õ… 220
In his History of the United Nations , Evan Luard observes that : No doubt , if they had been in a majority , the communist states would have behaved in much the same way . The conduct of the West ... was none the less an abuse of power ...

Noam Chomsky was born in Philadelphia, Pennsylvania on December 7, 1928. Son of a Russian emigrant who was a Hebrew scholar, Chomsky was exposed at a young age to the study of language and principles of grammar. During the 1940s, he began developing socialist political leanings through his encounters with the New York Jewish intellectual community. Chomsky received his Ph.D. from the University of Pennsylvania, where he studied linguistics, mathematics, and philosophy. He conducted much of his research at Harvard University. In 1955, he began teaching at MIT, eventually holding the Ferrari P. Ward Chair of Modern Language and Linguistics. Today Chomsky is highly regarded as both one of America's most prominent linguists and most notorious social critics and political activists. His academic reputation began with the publication of Syntactic Structures in 1957. Within a decade, he became known as an outspoken intellectual opponent of the Vietnam War. Chomsky has written many books on the links between language, human creativity, and intelligence, including Language and Mind (1967) and Knowledge of Language: Its Nature, Origin, and Use (1985). He also has written dozens of political analyses, including Manufacturing Consent: The Political Economy of the Mass Media (1988), Chronicles of Dissent (1992), and The Prosperous Few and the Restless Many (1993). 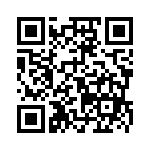