Zola was the spokesperson for the naturalist novel in France and the leader of a school that championed the infusion of literature with new scientific theories of human development drawn from Charles Darwin (see Vol. 5) and various social philosophers. The theoretical claims for such an approach, which are considered simplistic today, were outlined by Zola in his Le Roman Experimental (The Experimental Novel, 1880). He was the author of the series of 20 novels called The Rougon-Macquart, in which he attempted to trace scientifically the effects of heredity through five generations of the Rougon and Macquart families. Three of the outstanding volumes are L'Assommoir (1877), a study of alcoholism and the working class; Nana (1880), a story of a prostitute who is a femme fatale; and Germinal (1885), a study of a strike at a coal mine. All gave scope to Zola's gift for portraying crowds in turmoil. Today Zola's novels have been appreciated by critics for their epic scope and their visionary and mythical qualities. He continues to be immensely popular with French readers. His newspaper article "J'Accuse," written in defense of Alfred Dreyfus, launched Zola into the public limelight and made him the political conscience of his country. 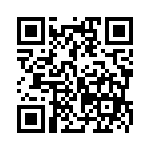