Roger L. Geiger is professor and head of the Higher Education Program at Pennsylvania State University and editor of the History of Higher Education Annual. He has written widely on the academic research system, the history of higher education, and comparative higher education. His most recent book is Research and Relevant Knowledge: American Research Universities since World War II (1993). 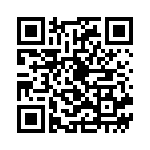