Cohen is Chairman of the Board and Chief Executive Officer of Resource America, Inc.

Lin Foxhall is Professor of Greek Archaeology and History at the University of Leicester. She has worked in Greece and southern Italy and currently co-directs a field project in Calabria. She has written extensively on agriculture, land use and gender in classical antiquity. Her publications include Olive Cultivation in Ancient Greece: Seeking the Ancient Economy (2007), two books on masculinity edited with John Salmon, Thinking Men: Masculinity and its Self-Representation in the Classical Tradition and When Men were Men: Masculinity, Power and Identity in Classical Antiquity (1998), as well as Money, Labour and Land: Approaches to the Economics of Ancient Greece (2002), edited with Paul Cartledge and Edward Cohen. 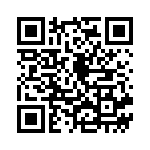