«·’ðÕ…
... in ancient Athens from Solon to Demosthenes , demonstrating how persuasive skill depended not on written treatises but on the reproduction of spaces and modes for masculine self - formation and displays of contests of character .
«·’ðÕ… 7
It requires understanding those concrete and embodied " paradigmatic " spaces , events , practices , and characters out of which Athenian civic identity was formed . Ancient Greek rhetorical artistry can best be defined not as a tex- ...
«·’ðÕ… 8
... the cen- tral problem facing the invention , exercise , and reproduction of Athenian citizenship ( and thus of Athenian masculine virtue , of symbolic interaction and character formation , and therefore of rhetoric ) was INTRODUCTION 8.
«·’ðÕ… 9
and character formation , and therefore of rhetoric ) was just this : the vast expanse of land in the Attic peninsula coupled with the symbolic , civic , and ethical importance of men seeing and recognizing one another , and so in- ...
«·’ðÕ… 12
While the terminology varies contest culture , " zero - sum " competition , honor and shame culture , character contests ó it consistently points to a feature of masculine social interaction central to an- cient rhetorical practice ...
«· «·Ì… » 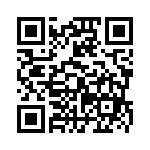