Raymond F. Collins is a Roman Catholic priest and a New Testament scholar. Most of his academic career was spent at the Catholic University of Leuven in Belgium, the world's oldest Catholic university, and at The Catholic University of America in Washington, DC, where he taught and served as the dean of the School of Religious Studies. Among his twenty books are major commentaries on Paul's First and Second Letters to the Corinthians and the Pastoral Epistles, 1 and 2 Timothy and Titus. 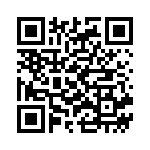