Excellent. The author is a science reporter and this book is both an easy read and also informative and well researched (it was recommended to me by an academic, a Fellow of the Royal Society which ... ř—«Ń… «Š řŪŪ„ »√Ŗ„ŠŚ

Reportage, much of it on batteries and lithium. Chevrolet Volt and Nissan Leaf are Fletcher's main examples of electric cars. He of course cites air pollution and carbon emissions as reasons for ... ř—«Ń… «Š řŪŪ„ »√Ŗ„ŠŚ

Seth Fletcher is a senior editor at Popular Science magazine. His writing has also appeared in Men's Journal, Outside, Salon, and other publications. He lives in Brooklyn. 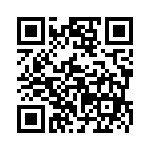