Michael B. Katz is Stanley I. Sheerr Professor of History at the University of Pennsylvania. Among his many works are In the Shadow of the Poorhouse: A Social History of Welfare in America and The Undeserving Poor: From the War on Poverty to the War on Welfare. He is the editor of The "Underclass" Debate: Views from History (Princeton). 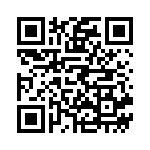