«Š’›Õ… 35 - Let every soul be subject to higher powers: for there is no power but from God: and those that are, are ordained of God.Ģ
ŔŚ— ›Ū 324 „š «ŠŖ » „š 1807-2008
«Š’›Õ… 24 - Like the vase, in which roses have once been distilled ó You may break, you may shatter the vase if you will. But the scent of the roses will hang round it still.Ģ
ŔŚ— ›Ū 830 „š «ŠŖ » „š 1814-2008
«Š„“ŪŌ
«Š’›Õ… 179 - The economy must serve people, not the other way around. Work is more than a way to make a living; it is a form of continuing participation in God's creation. If the dignity of work is to be protected, then the basic rights of workers must be respected ó the right to productive work, to decent and fair wages, to organize and join unions, to private property, and to economic initiative. Solidarity We are our brothers' and sistersĢ
ŔŚ— ›Ū 31 „š «ŠŖ » „š 1995-2008
«Š’›Õ… 88 - The body of the faithful as a whole, anointed as they are by the Holy One (cf. Jn. 2:20, 27), cannot err in matters of belief. Thanks to a supernatural sense of the faith which characterizes the People as a whole, it manifests this unerring quality when, "from the bishops down to the last member of the laity," it shows universal agreement in matters of faith and morals.Ģ
ŔŚ— ›Ū 73 „š «ŠŖ » „š 1889-2008
«Š’›Õ… 167 - Just as it is gravely wrong to take from individuals what they can accomplish by their own initiative and industry and give it to the community, so also it is an injustice and at the same time a grave evil and disturbance of right order to assign to a greater and higher association what lesser and subordinate organizations can do.Ģ
ŔŚ— ›Ū 116 „š «ŠŖ » „š 1873-2008
«Š’›Õ… 80 - We do not intend that our treatment of each of these issues carry the same moral authority as our statement of universal moral principles and formal Church teaching. Indeed, we stress here at the beginning that not every statement in this letter has the same moral authority.Ģ
ŔŚ— ›Ū 23 „š «ŠŖ » „š 1983-2008
«Š’›Õ… 199 - By intervening directly and depriving society of its responsibility, the Social Assistance State leads to a loss of human energies and an inordinate increase of public agencies, which are dominated more by bureaucratic ways of thinking than by concern for serving their clients, and which are accompanied by an enormous increase in spending.Ģ
ŔŚ— ›Ū 47 „š «ŠŖ » „š 1955-2007
«Š’›Õ… 167 - It is a fundamental principle of social philosophy, fixed and unchangeable, that one should not withdraw from individuals and commit to the community what they can accomplish by their own enterprise and industry. So, too, it is an injustice and at the same time a grave evil and a disturbance of right order to transfer to the larger and higher collectivity functions which can be performed and provided for by lesser and subordinate bodies.Ģ
ŔŚ— ›Ū 40 „š «ŠŖ » „š 1961-2008
«Š’›Õ… 26 - To priest, to Bishop, or to Pope (I am willing to consider the hypothesis) who should attempt to rule in matters civil and political, to influence the citizen beyond the range of their own orbit of jurisdiction that are the things of God...Ģ
ŔŚ— ›Ū 16 „š «ŠŖ » „š 1890-2002
«Š’›Õ… 159 - capitalism" is meant a system in which freedom in the economic sector is not circumscribed within a strong juridical framework which places it at the service of human freedom in its totality, and which sees it as a particular aspect of that freedom, the core of which is ethical and religious, then the reply is certainly negative.Ģ
ŔŚ— ›Ū 57 „š «ŠŖ » „š 1977-2007
√řŠ 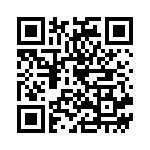